The game has 16 stages and every stage has 3 objectives: Escape, Takedown and Fetch. There are several mechanics in the game. Sneaking behind covers and in shadows. You can stealthily take down enemies behind their backs. You can take their guns and hide their bodies. There is a points system in the game, but it's called Bounty. There is a tutorial at the beginning of the game teaching each mechanic. It also has a trailer of Riddick (film).

There seems to be another versions of this game, which only has 16 Escape missions, doesn't have tutorial, and is missing Takedown and Fetch modes, and lacks the movie trailer.

There isn't much story in this game: Riddick is hunted by mercenaries on the Dunes, and Riddick sneaks around in the shadows avoiding and hunting them. 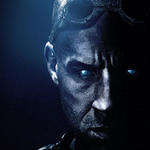